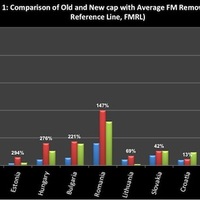 7 éve
Harvesting Durban: The Opportunities and...

Can Spain and Portugal place their hopes in growing exports?

Not long ago, my previous post on the Spanish economy closed with a question about the missing economic growth. Spain and Portugal are struggling with recession. Several think exports can provide a ray of hope by inducing growth. But this remains uncertain. I provide three tables below in an effort to address this question.

It is worth observing what the role of exports in Spain and in the small Portuguese economy is. Table 1 illustrates that the share of exports in GDP is much smaller than in the case of other small – and also large – economies in the EU. In addition to this, however, the share has not grown considerably since 1995.
Table 1. Export of goods and services as a percentage of GDP (%)
Source: World Bank
Of course, the relatively small export/GDP figure is not good or bad and exports are still very important for both countries. But we should not expect the kind of “export-led growth” that has occurred in some new EU-members (like Hungary and the Czech Republic).
It is often said that Portugal cannot compete with the cheap and massive flow of Asian and East European products, mainly in the textile, clothing and footwear segment. It is true that the share of Portuguese exports in the world market has continuously decreased in the last 20 years, as illustrated in Table 2. The Spanish share fluctuates but by 2011 exhibits a significant decline. It can also be seen that the French, Italian and German share decreased even more radically, as has that of the entire Eurozone. Regarding the Central European member states, the tendency is just the opposite: there has been a significant increase in world market share.
Table 2: Share of country exports in world exports (%)
Source: AMECO
Thus Portugal has so far been losing market share and Spain was not able to increase it. So what factors could significantly improve their position in the near future remains an open question.
In principle, non-EU areas could bring some dynamism to the exports of Portugal and Spain. Portuguese exports are mainly directed toward the EU. But during the last decade, Portuguese companies also began orienting themselves more towards extra-EU markets. Table 3 demonstrates that 26 per cent of Portuguese exports went to non-EU regions in 2011. The USA and Latin America are important markets but in recent years the role of Angola has increased a lot as well. Portugal strengthened political and economic ties with this ex-colony and Portuguese companies have the potential to be active and compensate for losses in European markets.
Table 3. Geographical distribution of exports (%)
Source: calculations based on Eurostat Comext database
The extra-EU connection has also become more important for the Spanish exports. This share increased to 33% in 2011. The weight of Latin America, Africa and Asia has also increased. However, exports to these extra-EU regions are not significant enough to gain considerable new market shares. Apart from that, exporting Portuguese and Spanish companies are burdened by financial instability and the lack of loans.
All in all, for the case of Portugal and Spain, a significant export boom with really positive effects on growth cannot be expected in the near future. In the meantime, the pressure on Spain from the international financial markets is growing, pushing up bond yields. The IMF forecasts in its April World Economic Outlook report that there will be no growth in Spain over the next two years, and it is not certain the government can maintain its targeted deficit reduction path. According to the Bank of Spain‘s report, it has also turned out that the share of bad loans in the Spanish banking sector exceeds 8%, the worst bit of economic data since 1994.
With no hope for growth, with increasing financial pressure and with a weakened banking system (not to mention the extremely high unemployment), this Spring’s question for Spain is: can the country manage without a bailout?
Andrea Éltető
Facebook Tumblr Tweet Pinterest Google+ Tetszik
0