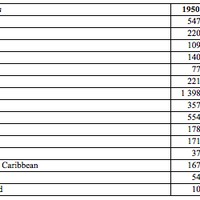 6 éve
Some relevant details about social processes – the...

Financial regulation differences in the EU and the US

As a consequence of the current financial and economic crisis, the EU and the US are in the midst of fundamental institutional and regulatory changes. Appropriate regulatory responses given to recurring crises are persistent problems of capitalism. In the period of economic upturn preceding the current crisis, developed countries’ money markets seemingly worked with incredible efficiency. This created the moral foundation for deregulation. The nightmare of recession seemed but a mirage, and the stringency of the regulatory environment started to ease up amidst general optimism. However, the current crisis has proved that the regulatory environment was inappropriate to tackle the complex and often opaque operation of financial markets in recent decades.

Post-crisis regulation is fundamentally different from that of a more balanced financial and economic era. In the aftermath of the crisis, policymakers seemed more concerned about stability issues than financial markets’ competitiveness. On the other hand, when faced with sluggish recovery, governments are nowadays trying to make sure achieving one goal is not at the expense of the other in order to prevent future financial crises. It is extremely difficult to balance between financial lobby, public will and the haunting image of a global crisis relapse. Financial regulatory responses given to the current crisis need to take into account domestic but also regional and global features of the financial system. Post-crisis amendments highlight the divergence of regulatory approaches in the United States and the European Union. American Dodd-Frank Act is more of an all-encompassing law while the EU is methodically regulating sector by sector.

The Dodd-Frank Act is the US legislative response to the financial crisis, elaborating measures agreed at the international level by the G20 and unfolded further by the Financial Stability Board and Basel III. American president Barack Obama announced his intention to reform the American financial sector in June 2009, and signed Dodd-Frank Act on Wall Street reform and consumer protection a year later. It was supposed to sweeply overhaul the operation of the financial system in the United States. The stated aim of the legislation was ”to promote the financial stability of the United States by improving accountability and transparency in the financial system, to end "too big to fail", to protect the American taxpayer by ending bailouts, to protect consumers from abusive financial services practices, and for other purposes.” As any major financial reform, it received harsh criticism, some arguing that its measures were not sufficient to prevent a similar financial crisis, others contending that it was too rigid and reduced competitiveness of American financial firms.

Its main areas of regulation include rules aimed at correcting structural and systemic errors that have direct or indirect links with the crisis. In order to restore market and consumer confidence, and avoid the ”too big to fail” and bailout-related problems, the Act requires banks to set aside funds to prepare for eventual default and sets stricter rules for systematically important institutions. Also, giant financial firms giving financial advice and performing various financial operations on their own account, representing the classic case for conflict of interest, are required to put their clients’ interests first. However, this theoretical norm will be difficult to respect since consulting and trading on an own account within the same firm is still considered legal. The Dodd-Frank Act (among others) introduced the watered down version of the Volcker Rule (originally intended to restrict banks from trading on their own account as well as making speculative investments into risky funds): banks are only allowed to make higher risk investments with up to 3% of their tier 1 capital. Neither can banks possess more than a 3% stake in any private equity group or hedge fund. The 3% capital threshold is probably not strict enough to limit banks’ risky activities and proprietary trading. Dodd-Frank Act also introduced transparency reforms for the derivatives market, a comprehensive regulation of swaps, without removing the possibility of excessive leverage from the system.

Similar reform initiatives were launched all over the world. The EU took a three-pronged approach based partially on the European Markets Infrastructure Regulation (EMIR) as a cornerstone of the post-crisis reform agenda. Together with the revisions to Markets in Financial Instruments Directive (MiFID) and the changing capital requirements for banks (Basel III[1] and CRD IV[2]), these three packages will dramatically alter the current operation of financial markets in Europe.

European Market Infrastructure Regulation (EMIR) was adopted in 2012 by the European Parliament and Council to improve transparency and risk management on ”over the counter” (OTC) derivatives market. EMIR stipulates that OTC derivative contracts (although there are exceptions) must be reported and cleared (unless under the clearing threshold). It also sets additional safety measures for central clearing counterparties and trade repositories. EMIR concentrates on post-trade regulation of OTC contracts, but pre-trade and trade-related aspects of OTC regulation are also under review. The European Council concluded an agreement regarding the Markets in Financial Instruments Directive[3] (MiFID) review in June 2013, based on the original aims of making financial markets more efficient, resilient and transparent and investor protection more robust. As a result of the original MiFID implemented from 2007 on, European financial markets became more fragmented, trading (normal and high-frequency as well) taking place on a growing number of platforms. MiFID also contributed to more intense over-the counter trading and the development of dark pools, thus market transparency decreased. The new regulation proposes the notion of OTF (Organised Trading Facilities) to include places of negotiations that are not yet regulated (it tries to move trading of derivative contracts to regulated markets), and to broaden pre and post-trade transparency rules from listed shares to all instruments. MiFID II also aims to restrict high-frequency trading and excessive speculation on commodity derivatives and improve consumer protection for retail investors who buy financial products. Banks, businesses, financial service providers, etc. will have to make strategic choices in order to comply with the new regulations on both sides of the Atlantic. Fundamental asymmetries evoke the widespread fear of speculators abusing regulatory arbitrage. But the fragmentation of global financial space seems inevitable as both European and American regulation and implementation processes are speeding up and gradually taking a final shape.

When we try to compare the European and American financial frameworks, we must emphasize the different political background: in Europe, the financial crisis has become a sovereign debt crisis. The EU is trying to regulate its financial sector while stabilising collapsing banks and EU member states one after the other. Also, while the United States is more or less coherent and homogenous, the EU is made up of member states with widely varying interests making the legislation process slower and the end result more fragmented. When it comes to financial regulation, Great Britain, as the second most important financial centre after the United States, is often opposed to regulation it considers too rigid and detailed.[4] Prime Minister David Cameron expressed fears in October, 2011 claiming that London's financial centre is under "constant attack through Brussels directives.”[5]

The complexity and compatibility of different regulatory schemes are very problematic. In a global financial market, where interconnectedness and interchangeability of financial service providers has been increasing, corresponding different sets of rules is a time and money-consuming duty.  The process is accompanied with salient administrative costs and the uncertainties about the future regulations. Many regulations are inter-related and have overlapping areas and goals, but some basic differences represent a huge legal and technical challenge for companies operating both in Europe and overseas, having to implement two sets of regulations simultaneously.

Unfortunately financial markets are faced once again with a fragmented global regulatory environment. The surge in financial regulation activities after the crisis represented a huge opportunity for creating a uniform global financial environment. Although capital markets continue to integrate, international cooperation in implementing similar reforms is lagging behind.

In spite of differences, there is reason for hope. Substituted compliance could be the solution. As an example, Dodd-Frank and EMIR OTC derivative rules are similar in their intentions but different when it comes to practical implementation. In recent months, a stalemate unfolded, threatening to leave US entities unable to clear through European infrastructure and vice versa. The tug-of-war was resolved when both jurisdictions declared that certain sections of Dodd-Frank and EMIR are equivalent. Nevertheless, international agreement on cross-border regulatory issues remains elusive. The EU and the United States share similar objectives but implement them in a different way.

[1] "Basel III" is a cornerstone in the overhaul of the banking regulation, developed by the Basel Committee on Banking Supervision, to attain stricter supervision and risk management of the banking sector. The financial crisis revealed certain procyclical elements of banking regulation, so Basel III aims at mitigating the procyclical nature of regulatory framework while strengthening bank capital requirements and introducing new regulatory requirements on bank liquidity and bank leverage.

[2] ”In 2013, the European Union adopted a legislative package to strengthen the regulation of the banking sector and to implement the Basel III agreement in the EU legal framework. The new package replaces the current Capital Requirements Directives (2006/48 and 2006/49) with a Directive and a Regulation and is a major step towards creating a sounder and safer financial system… The package is due to enter into force on 1 January 2014.”

[3] MiFID was implemented in November 2007, and has been one of the major regulatory instruments for financial markets in Europe. Its revision, resulting in MiFID II, aims to address shortcomings of the original MiFID.

[4] Based on the Interview with Rita Pupli, Financial Department officer at the Ministry for National Economy.